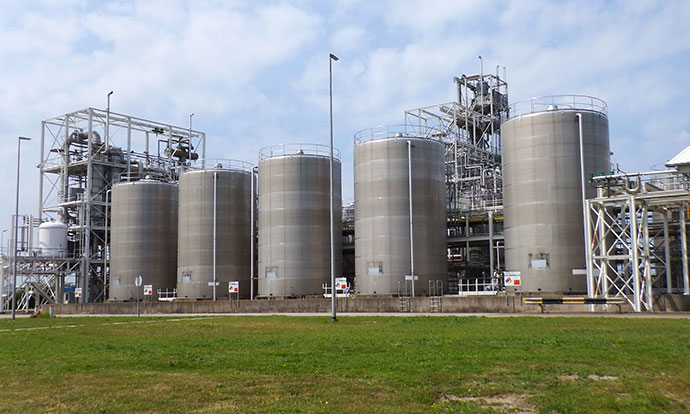 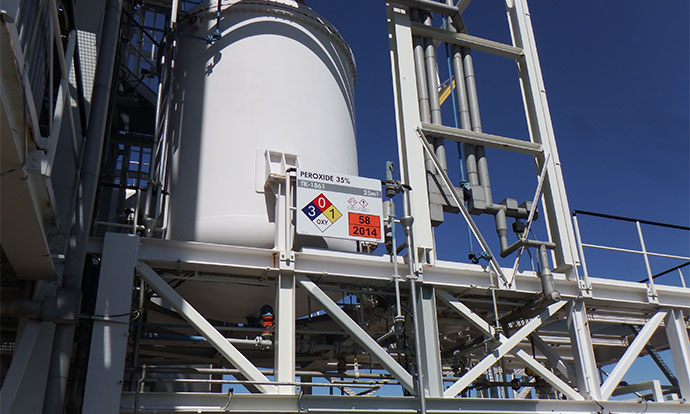 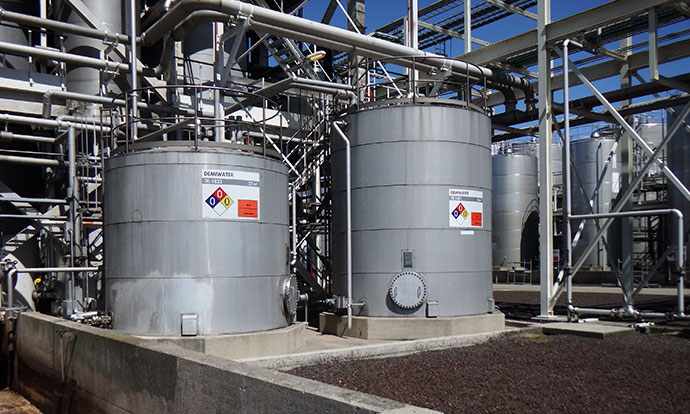 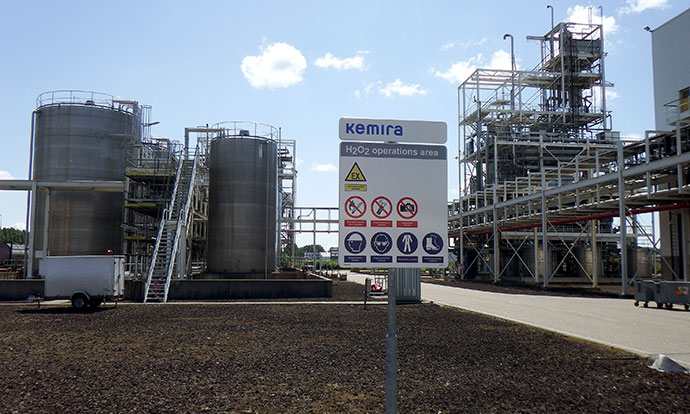 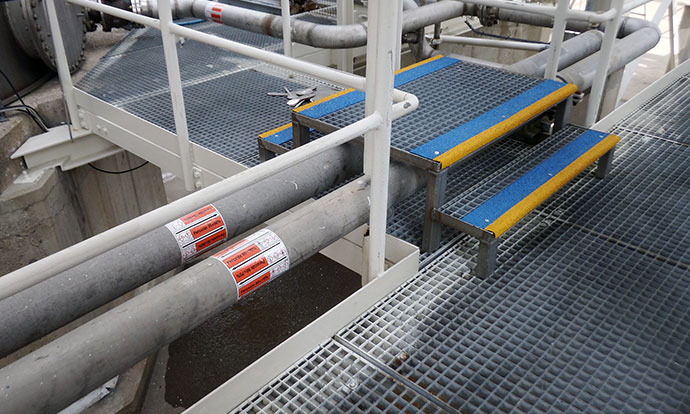 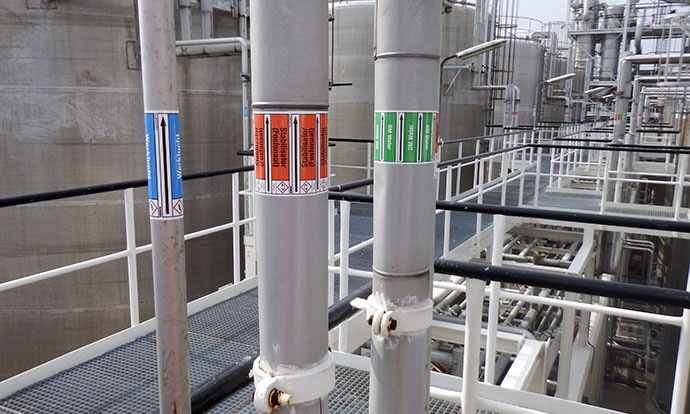 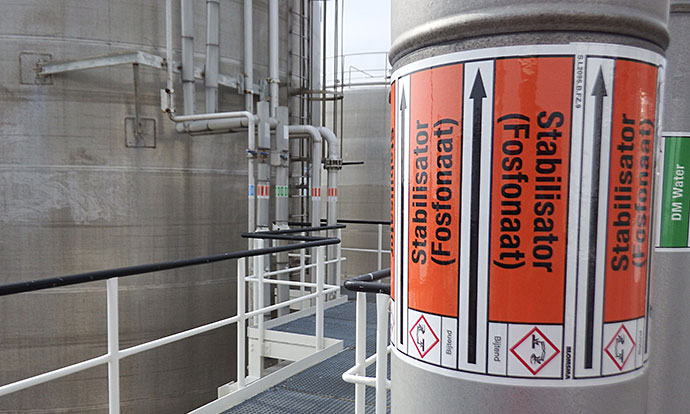 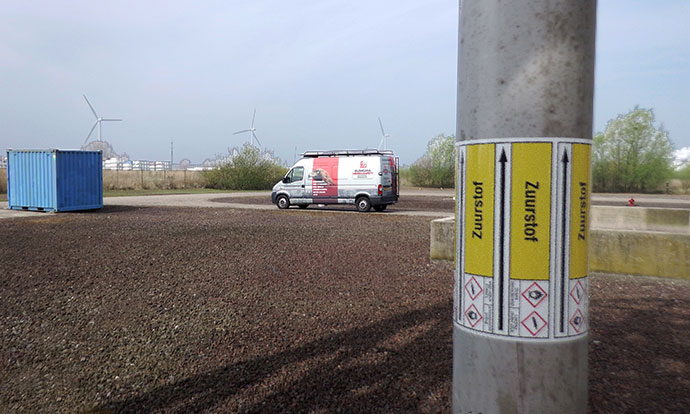 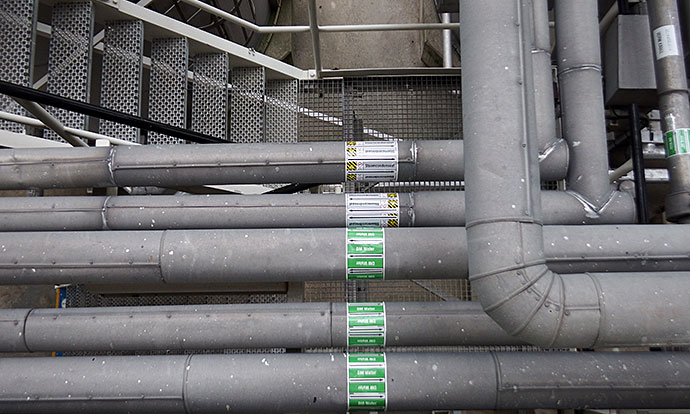 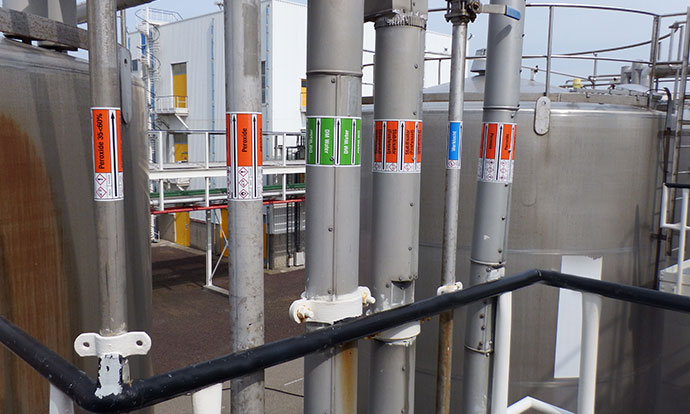 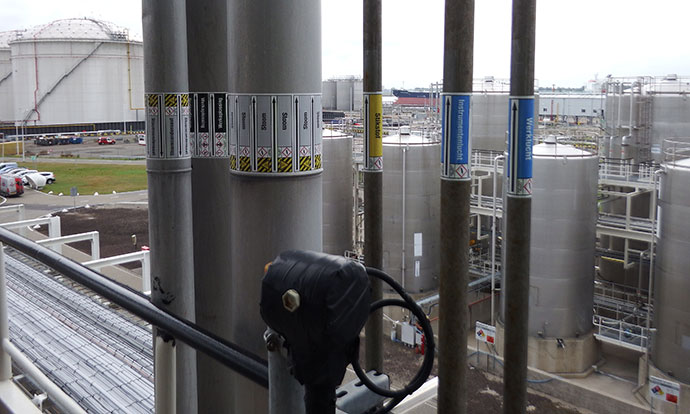 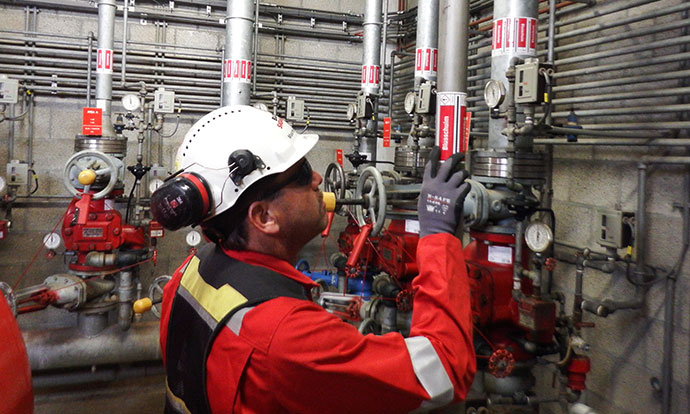 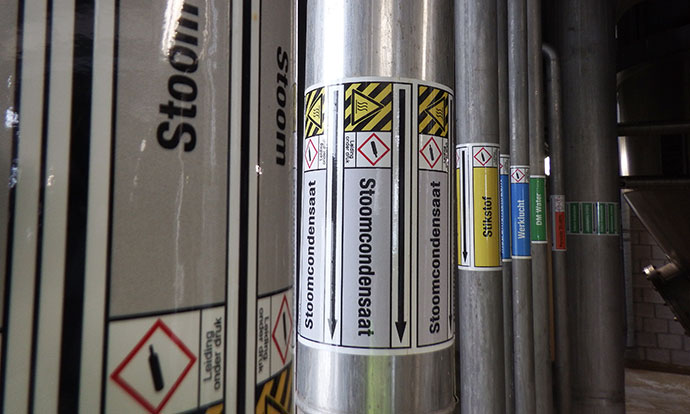 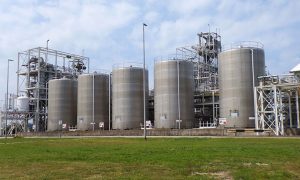 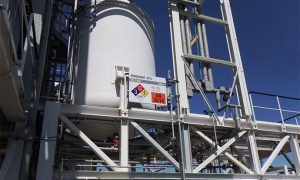 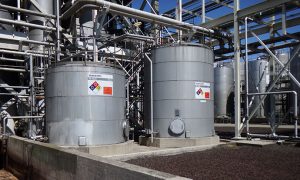 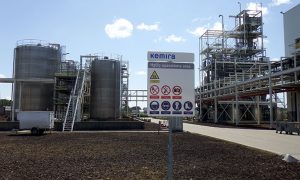 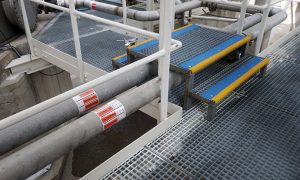 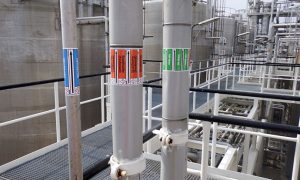 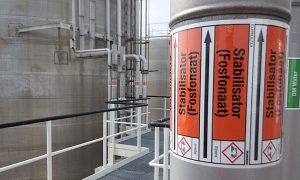 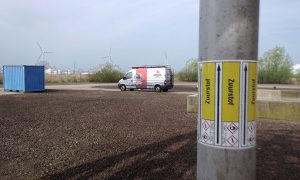 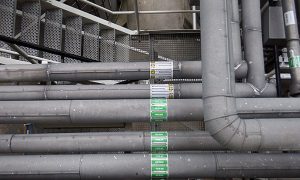 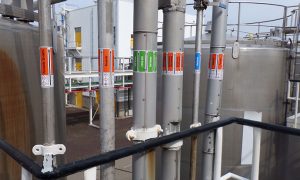 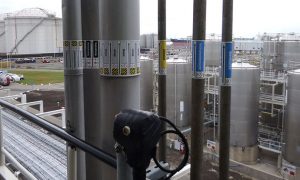 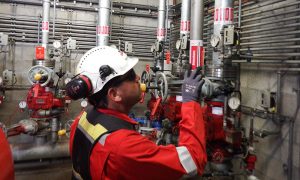 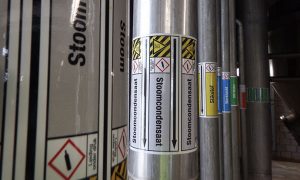 A chemicals factory is a complex working environment, often involving numerous different processes in a compactly constructed plant. To get a clear picture of the process, markings are a powerful visual tool. Not only from a legal point of view where markings on pipes are concerned, but also very much from the operational point of view. That is why Kemira Rotterdam BV brought in Blomsma Signs & Safety to provide the pipe markings for its H2O2 (hydrogen peroxide) factory in Europoort. The objectives of the project were compliance with legislation and regulations and helping the factory to operate efficiently and safely by applying clear pipe markings at strategic points. The project was a continuation of earlier projects in which tank markings and safety zone markings were put in place.

Various PolyesPro® pipe markings were produced using a list of media that had been drawn up, using the names, colours and GHS hazard symbols as per the MSDS (Material Safety Data Sheets). Materials were then produced that are suitable for a salty environment and will not have any negative consequences for the piping. Sustainable materials were employed that were produced in accordance with the 3M™ Matched Component System™ – carefully matched components, from a halogen-free adhesive backing to a laminate that is resistant to the basic chemicals. The 3M™ production method used for the PolyesPro® pipe markings guarantees the lifespan of the markings, in terms of their adhesion and their colourfastness.

A fully trained and specialised Blomsma Signs & Safety team handled the realisation of the project independently.