Blomsma started as a drafting and consultancy agency in Zoetermeer (NL) in 1979. It produced technical drawings, technical illustrative drawings and safety plans. Within a few years, this developed into drafting complete safety documentation such as company emergency response manuals, evacuation plans and emergency plans. Fire-fighting plans and rescue plans were drawn up for mining installations, and these plans were then integrated into emergency response manuals.

From working on safety documentation and safety manuals, Blomsma also developed into a contractor for safety signage. This allowed us to make the best possible use of the knowledge, skills and production and installation facilities of our sister company Blomsma Print & Sign.

In 1989, Blomsma was taken over by its current owner, Willem Heijboer. The safety branch of Blomsma developed into a safety consultancy agency under the name Blomsma Consultants. It became a leading and trendsetting consultancy agency in the field of business emergency contingency plans, emergency plans, evacuation, fire-fighting and rescue plans and even operating manuals for offshore platforms.

In 1999, Blomsma and its 75 employees were involved in a very wide range of activities. The activities regarding various safety and rescue contingency plans under the name Blomsma Consultants were sold for strategic reasons. All remaining activities including safety signage and drafting work were continued within the Blomsma Group. The know-how about safety, combined with drafting work and safety signage, led to the startup of Blomsma Signs & Safety. It has now developed into a fully-fledged division within the Blomsma Group.

In Zoetermeer and in Hoogezand

Increasing demand from the tank storage, chemicals, petrochemicals and industrial sectors in Germany has seen demand for the services of Blomsma Signs & Safety rise sharply. To allow us to operate even more efficiently and effectively in the German market, a German branch was opened in Oldenburg in April 2018.

Blomsma Signs & Safety is co-founder of the NVVS (Dutch Association for Safety Signage) and plays an active role in standardizing and normalizing safety symbols and their application in practice. We also represent the NVVS in the NEN graphic symbols committee. At the ISO, Blomsma Signs & Safety represents NEN Netherlands in the Safety Symbols Committee (TCS 145/SC2/WG 1). We are also an active member of the PSPA (Photoluminescent Safety Products Association). Blomsma Signs & Safety adds value through its practical experience from its own safety signage projects, ensuring that the new developments in standards can still be applied in practice. Our close involvement means that Blomsma is quickly informed about new international developments in its field of expertise

Willem Heijboer: “Translating our knowledge of safety – plus our knowledge of graphics and our many years of practical experience – into the most practical possible standards, that fit in with the relevant legislation, is something that we see as an aspect of our social responsibility.” 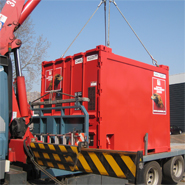 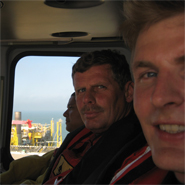