The maritime sector is deeply rooted in our society, providing a basis for discovery, mobility, economic development and trade. Transporting and working on rivers, lakes and world seas, subject to a continuously changing society, a growing world population and of course the violence of weather conditions. An enormously dynamic sector with a great deal of innovation and a growing awareness of safety. Blomsma Signs & Safety is closely associated with the offshore and shipping sectors. Many challenging projects in the field of safety signage have been realized with passionate dedication for many decades. Here we serve shipbuilding and ship repair yards, inland shipping, maritime shipping, fisheries, defence (naval vessels), research vessels, hydraulic engineering (such as dredgers and pipe layers) and cruise and ferry services.

The nature of ships, the extreme weather conditions and the risks involved in living and working on the water place stringent demands on safety and quality. Clear and efficient information is an absolute necessity in this sector. A sector where the need for a safety signage system as a communication and prevention tool is clearly visible.

In the shipping industry, much is laid down in legislation and standards. Input is provided by inspectors and auditors (surveyors) of certifying and controlling bodies. But even with all the available standards and laws, many ships still have incorrect, incomplete, and even over-complete signs and markings. A mix of experience, safety approach, graphic and spatial insight, and best practices from various practical situations makes Blomsma Signs & Safety make a difference through functionality. We focus on signs with a purpose, a strategy to keep information functional, and understandable for all target groups. A difference in functionality is, for example, the use of different materials for indoors and outdoors, retro-reflective or reflective safety signs in different classes, attuned to applicable standards. But we also distinguish ourselves with planned strategies in the planning of escape route signage, primary and secondary; the escape options for multiple situations comprehensibly in the picture.

On this page you will find more information on the following topics:

In our Offshore & Marine brochure you can read more about our products and services in the field of safety signs and identification solutions in the offshore sector.

The legal framework and sign applications for (international) shipping are described in the IMO (International Maritime Organization) and SOLAS (Safety Of Life At Sea). Furthermore, there are legal regulations from MARPOL and EMDG for waste and hazardous materials and the markings and instructions to be applied. Several ISO standards have specific regulations and requirements for safety signs on board ships and maritime objects.

The Standards and Laws page contains a pre-selection of standards and laws that are tangential to safety signage and identification in the maritime sector.

The ISO standards such as the ISO 24409 and the ISO 7010 provide solutions for a broad signage need for the maritime sector, in a harmonized way with onshore sectors.

“The growth of international travel by ship has created a need to provide people travelling an dworking on board ships with signs and associated systems that communicate consistent and effective safety information. This international standard specifies a system of safety and safety related signs on ships and other marine installations that is generally consistent with standardized signs with which many will have gained familiarity in other applications” – ISO 24409-1:2010

Escape, gathering and evacuation on ships in the event of an emergency can be a tough challenge. The environment consists of water; a ship cannot be left alone. Also, a ship consists of a number of fire and smoke compartments and the number of exits to the outside and escape facilities are more limited than with buildings. All these factors require extra attention for a clearly visible and especially correct information system. Escape route signage and related instructions on evacuation and assembly provide passengers and crew with the necessary information. The use of comprehensible visual languages such as safety symbols, strictly simplified graphic illustrations and floor plans help to get the information across to the widest possible target group.

When a ship has more than 36 passengers, IMO A.752 requires a Low Location Lighting (LLL) system. Each ship can of course be equipped with an LLL system to make the escape routes as recognizable as possible, the safety policy of shipping companies may have higher requirements than the minimum requirements under IMO legislation. We implement LLL systems according to ISO 15370 escape route signage according to ISO 24409 and escape route plans and safety drawings according to ISO 23601 and ISO 17631; from workboats to ferries and from cruise ships to Navy frigates, each with its own points of interest and specialist details.

“In addition to the emergency lighting required by regulations II-1/42 and III/11.5 of the 1974 SOLAS Convention, as amended, the means of escape, including stairways and exits should be marked by LLL at all point of the escape route, including angles and intersections” - IMO Resolution A.752(18) Article 2.1

The marking of fire fighting and rescue equipment is prescribed from IMO/SOLAS and serves as a visual aid for quick location of the relevant equipment. On ships, the equipment is often placed in cabinets and protective boxes against corrosion. The signage contributes to clear identification. Also in accommodation areas where, for example, the fire hoses and hose reels are placed in cabinets or niches with panoramic signage become visible along the corridors. To prevent escalations, the rapid location of extinguishers and rescue equipment is an absolute must. This signage is executed in fluorescent (inside) and reflective (outside), symbol according to ISO24409 and in line with the fire & safety plan drawings.

Safety zones and areas at risk

Ships have a variety of spaces and areas with different functions, depending on the function, different risks are present. Machinery spaces and confined spaces always occur, on pipe and cable laying vessels, dredging vessels and other construction and working vessels many other risks occur. Risks that require appropriate signage to prevent incidents. Composite safety signs (symbols) are a functional way to prevent proliferation of separate stickers and signs. Composite signs provide a structured, orderly representation of relevant hazards, commandments and prohibitions.

The 160-meter icebreaker Nuyina is one of its most complicated projects to date, according to the builder. The signage on this unique vessel is also carefully and strategically planned and all-encompassing.

To the Nuyina project case

Markings on pipes, tanks and equipment help in the operation and maintenance of machines and installations on ships. The compact design on ships lends itself to clear identification, both for efficient operation and maintenance and for the prevention of mistakes and possible incidents. The ISO 14726 is an international standard for marking piping on ships, showing almost all the most common piping functions in unique color combinations. In addition, the direction of flow and medium or function name is depicted on it. The standard also describes where the markings should be applied. Tanks and equipment are marked with tag numbers, supplemented with specific technical data where necessary.

An overview of our practical tapes in the offshore & marine sector can be found in this brochure.

“This International Standard specifies main colours and additional colours for identifying piping systems in accordance with the content or function on board ships and marine structures.” - ISO 14726:2008 Chapter 1, ‘Scope’

Anti-slip solutions are used to prevent falls caused by slipping and tripping. On ships, many decks, stairs and ladders are made of painted steel and can become very slippery.

Our durable anti-slip stair treads and walkway covers are functional means of preventing slips and falls on ships. These lightweight and rock-solid FRP anti-slip solutions are used on grating floors, gangways, stair treads and decks. Our durable 3M™ SafetyWalk™ anti-slip tapes provide a slip-resistant surface for many different surfaces quickly and easily. 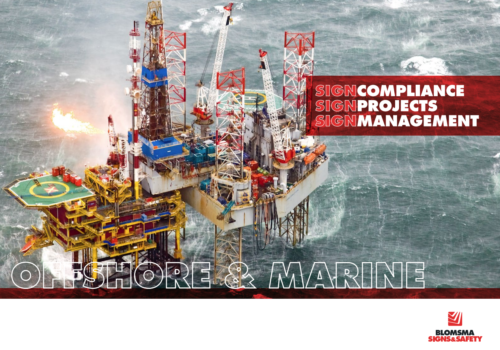